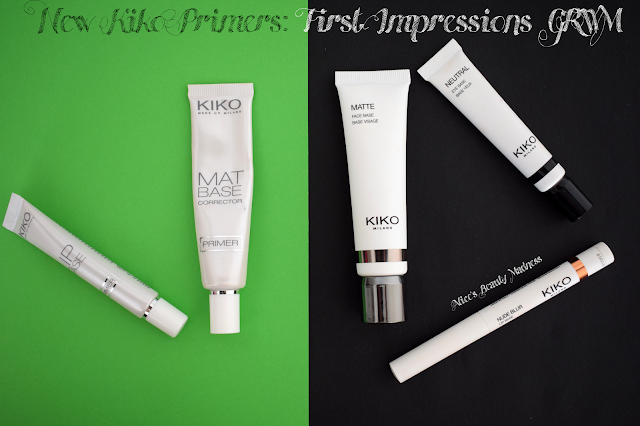 Welcome to a new type of post! I have ventured into making YouTube videos and this is the first one in which I am actually speaking to the camera! Oh my was that weird! I apologize if I'm doing it all wrong, I would love your feedback on the video!

Let's get to the content though! Kiko Milano released a whole new line of re-formulated primers and I was conveniently out of primers, so I jumped at the opportunity to try them out. I picked up the Matte Face Base, the Neutral Eye Base and the Nude Blur Lip Base and decided to try them out in a first impressions get ready with me video on my YouTube Channel. Check out the video below and subscribe to the Channel if you want to see more videos!


Initially I wondered if Kiko had only repackaged their primers, but I own the old version of the mattifying face primer, the Mat Base Corrector Primer, and the old Lip Base and they are totally different from the new formulations. The old Mat Base was very effective at holding the oil at bay during the day, but it would crumble on the face. The new Matte Base has a completely different formula, more of a gel and I had no trouble with application as you can see in the video. The old Lip Base was pretty much a concealer to cancel out your own lip colour. It was incredibly drying and didn't improve the application or lasting power of the lipsticks I wore on top. The new version is a transparent stick with a siliconey feel that does a great job at smoothing out any lines or dry skin on the lips. 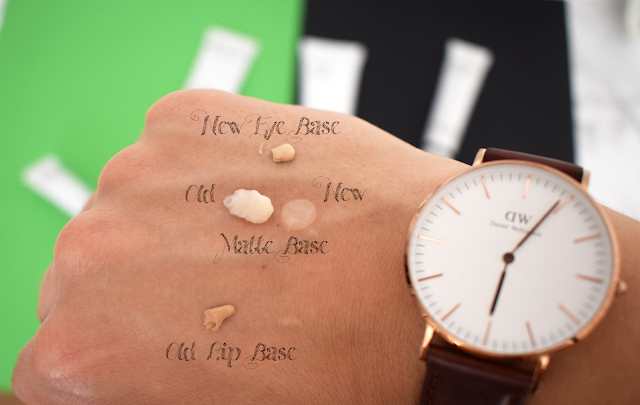 Getting into the actual performance of the new primers, at first application I really liked all of them, but of course the real test is the one of time. I put on my makeup at 9.30 am and took some update photos after 2 hours (11.20 am) and after 7.5 hours (5 pm) to check in. Starting with the biggest disappointment, after 2 hours I had only had breakfast and my lipstick was already gone. This lipstick usually lasts much longer so I blame this fail on the lip primer. Too bad. The face and eyes still looked good a 11 am, but I wouldn't have expected anything less. At the end of the day however, I was a shiny mess glowing goddess but I hadn't touched up or powdered all day, so that is not weird for my combination skin. The eyeshadow had creased a bit by the end of the day, but I don't think it was a disaster at all. As I mentioned in the video, it was a tough test because I used a foiled eyeshadow. 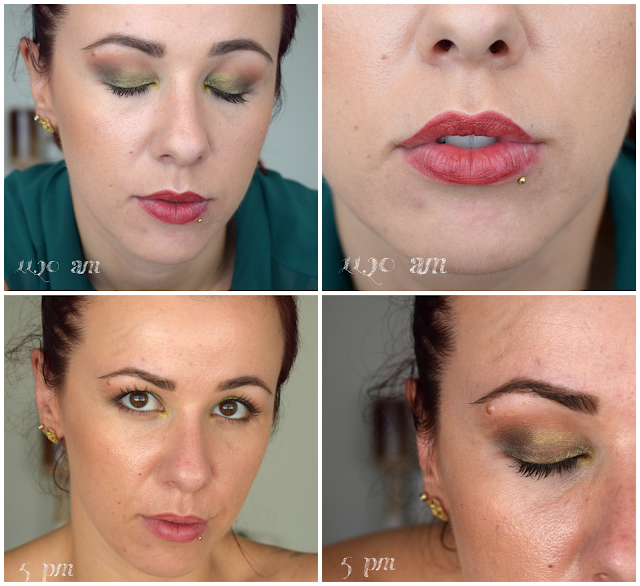 So overall my first impressions are positive for the new Kiko Milano Matte Base and Neutral Eye Base primers, but definitely negative for the Nude Blur Lip Base. Have you tried any of the Kiko primers?

I hope you enjoyed my first adventure at talking to a camera, and if you did, please subscribe to my channel and give the video a like so you won't miss any future videos! Also, since I'm a real beginner at this, any feedback or tip is more than welcome!! 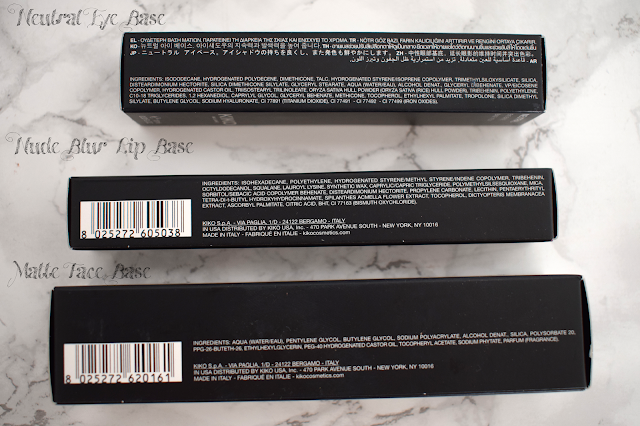 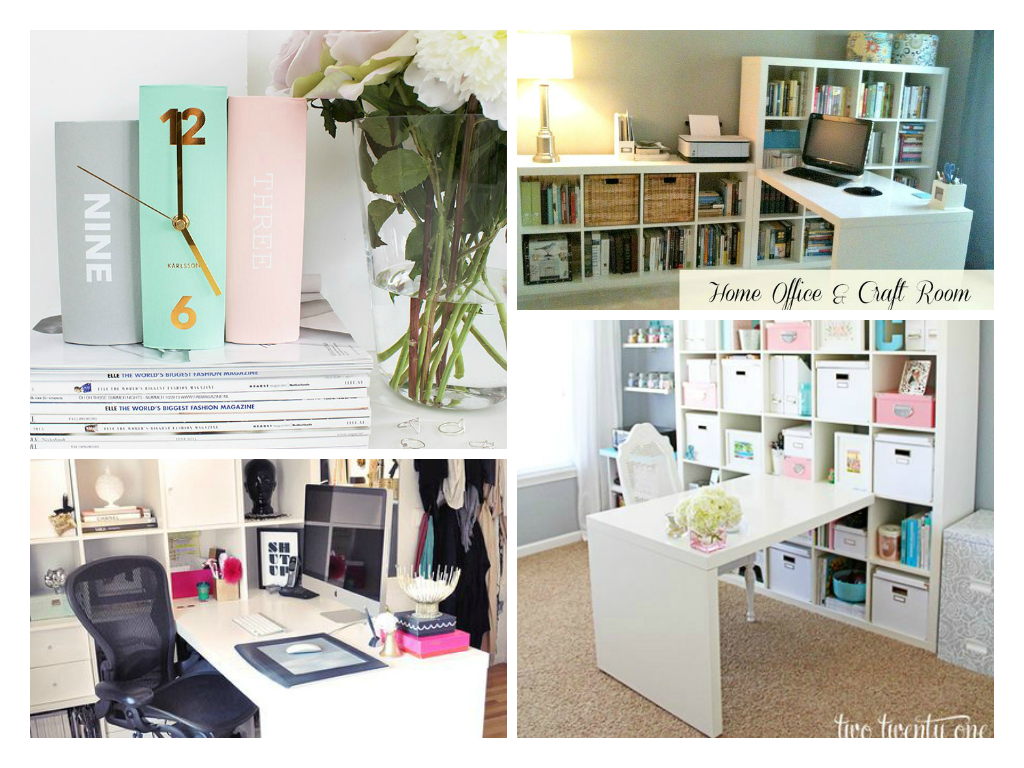 Source | Source | Source | Source When I mentioned in my last post that we found a new house and that we're moving at the beginning of February I got so many enthusiastic replies that I thought I'd share my ideas of how my beauty room will look like. Ever since we visited the house and received the floor plans I have been stalking Pinterest to find inspiration to furnish and decorate the rooms. The idea is for this house to be our intermediate stage while both of us finish our academic paths and find a "real job" and decide where to go live and buy our first home. Therefore we don't want to go all out with a serious furniture investment and keep it affordable and simple by going to Ikea to get the furniture that we're missing. So I though to share with you guys here my ideas to have a functional and pretty beauty room where I can do my makeup, write my blog posts and take pictures. Most importantly I want the room to be filled with sources of inspira 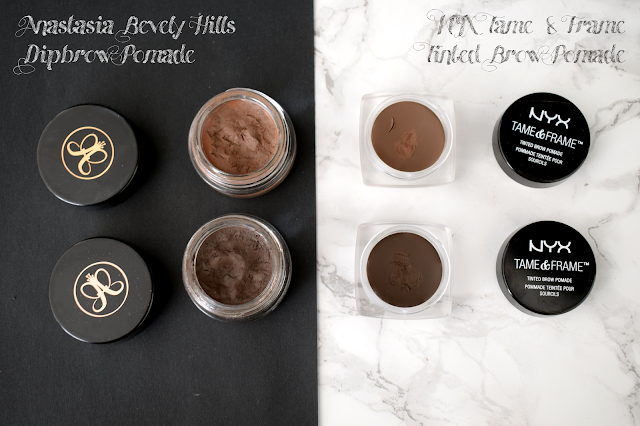 Those brows though! They have been a huge trend for the past few years and Anastasia Beverly Hills has been the undiscussed queen of eyebrows, taking up a huge part of the market and being one of the first to launch innovative products. Among these, the Anastasia Beverly Hills Dipbrow Pomade was incredibly hyped and I was one of those convinced to buy it by all the YouTube and blog reviews. After absolutely loving and using the DipBrow for two years, I finally found something that looked the same and cost way less: the NYX Tame&Frame Tinted Brow Pomade . Today I want to compare these two brow pomades, show you swatches and application, to determine if NYX has actually made a dupe for the Anastasia Dipbrow pomade. 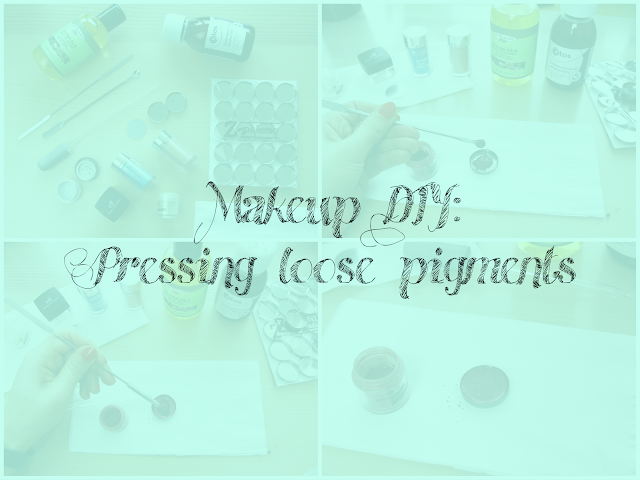 While I was re-organizing my makeup a few weeks ago I came across a box full of loose pigments that have been abandoned there for months if not years and the reason is simple laziness on my part. Because pigments are messy, they take more time and effort to apply than regular eyeshadows and I just cannot bring myself to use them. So when I had a sudden instinct to buy more eyeshadows the other day, I remembered of my pigments instead and decided to make myself new eyeshadows by pressing the pigments in pans and adding them to my Zpalettes. The process is quite simple and with a bit of online research and key props anyone can press their pigments to eyeshadow pans in no time. Let me guide you through it.